The King Inside of You 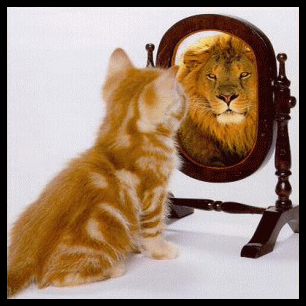 Be careful how you view yourself, because your self-view, be it positive or negative, has powerful implications. Think of yourself as a “nobody” or “disadvantaged” or “unworthy” and, I guarantee you, the evidence of your opinion will eventually manifest.

Alternatively, believe that excellence and greatness resides in you, even if but a small sliver of it, and excellence and greatness will become you.  Remember that greatness is not always defined by your present circumstances. Consider that King David was anointed king of Israel yet while he was herding sheep, and he remained a shepherd for at least 15 years after that before actually obtaining the throne.
David knew he was a king as a child and he believed in his kingship all the way up until it came to fruition. Undoubtedly, you will become that what you believe you already are. If greatness is in you, believe in that greatness, and live out your life with that self-same spirit of greatness.
Share this article:
0
0